Asymmetric thermal evolution of the Moon

The lunar evolution is most peculiar due to its pronounced asymmetry. Most of its volcanic activity occured on the nearside hemisphere, in a region called Procellarum KREEP Terrane (PKT). The Lunar Prospector mission showed that this region correlated strongly to an enrichment in potassium (K), Rare Earth Elements (REE) and phosphate (P), hence the name.

We studied the influence of such a layer on the global evolution of the Moon and found that localization of most of the lunar heat sources in this region is enough to explain the location and duration of volcanic activity on the Moon. We further found that a residual temperature anomaly should still be present under the PKT today.

The study of implications has been fruitful and include the influence on impact properties, crustal porosity, polar wander… but the process that localized these heat sources is still uncertain and I am interested in ways to constrain the early lunar evolution. 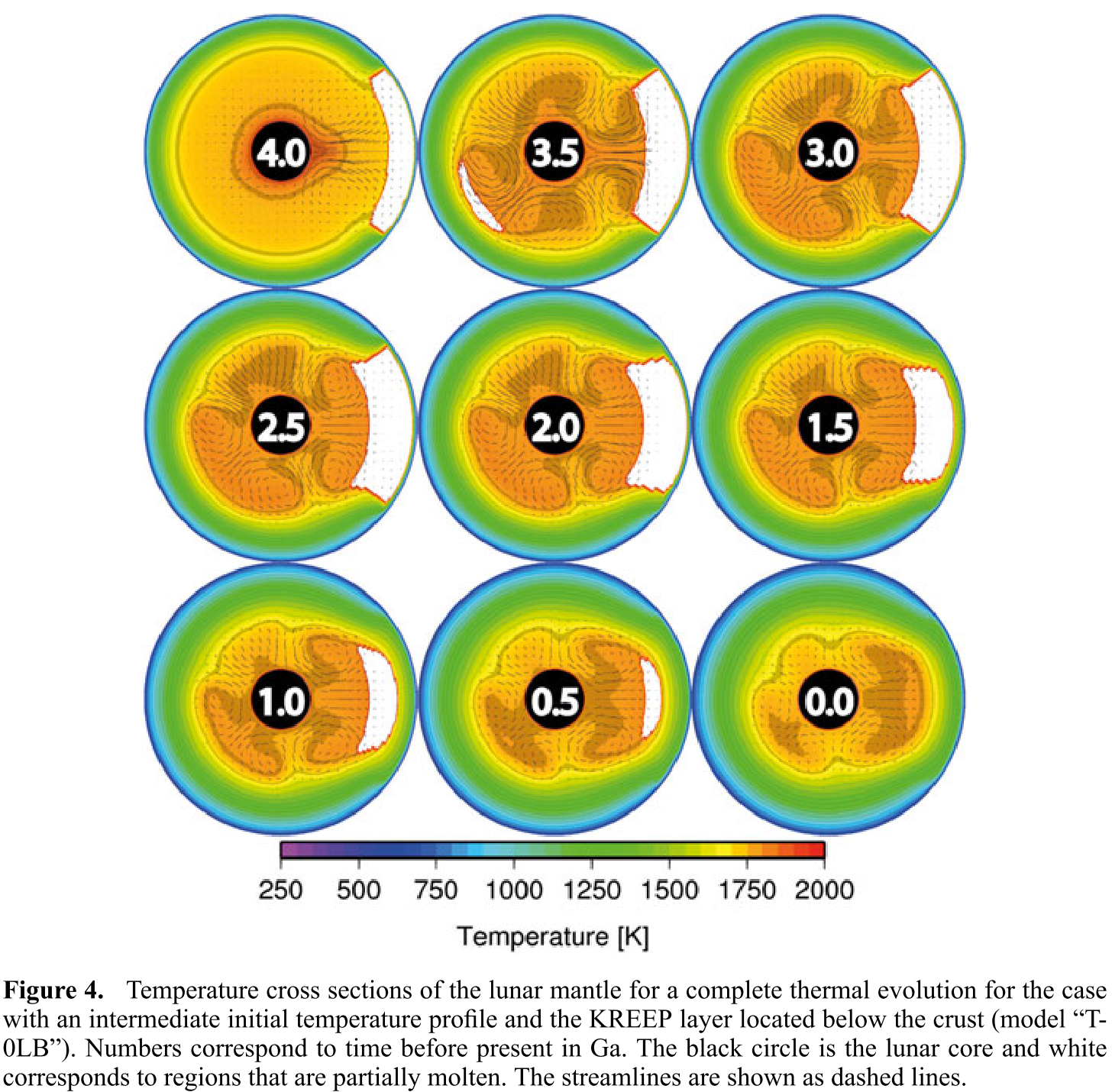