Maps of crustal thickness derived from NASA’s Gravity Recovery and Interior Laboratory (GRAIL) mission revealed more large impact basins on the nearside hemisphere of the Moon than on its farside. The enrichment in heat-producing elements and prolonged volcanic activity on the lunar nearside hemisphere indicate that the temperature of the nearside crust and upper mantle was hotter than that of the farside at the time of basin formation. Using the iSALE-2D hydrocode to model impact basin formation, we found that impacts on the hotter nearside would have formed basins with up to twice the diameter of similar impacts on the cooler farside hemisphere. The size distribution of lunar impact basins is thus not representative of the earliest inner solar system impact bombardment. 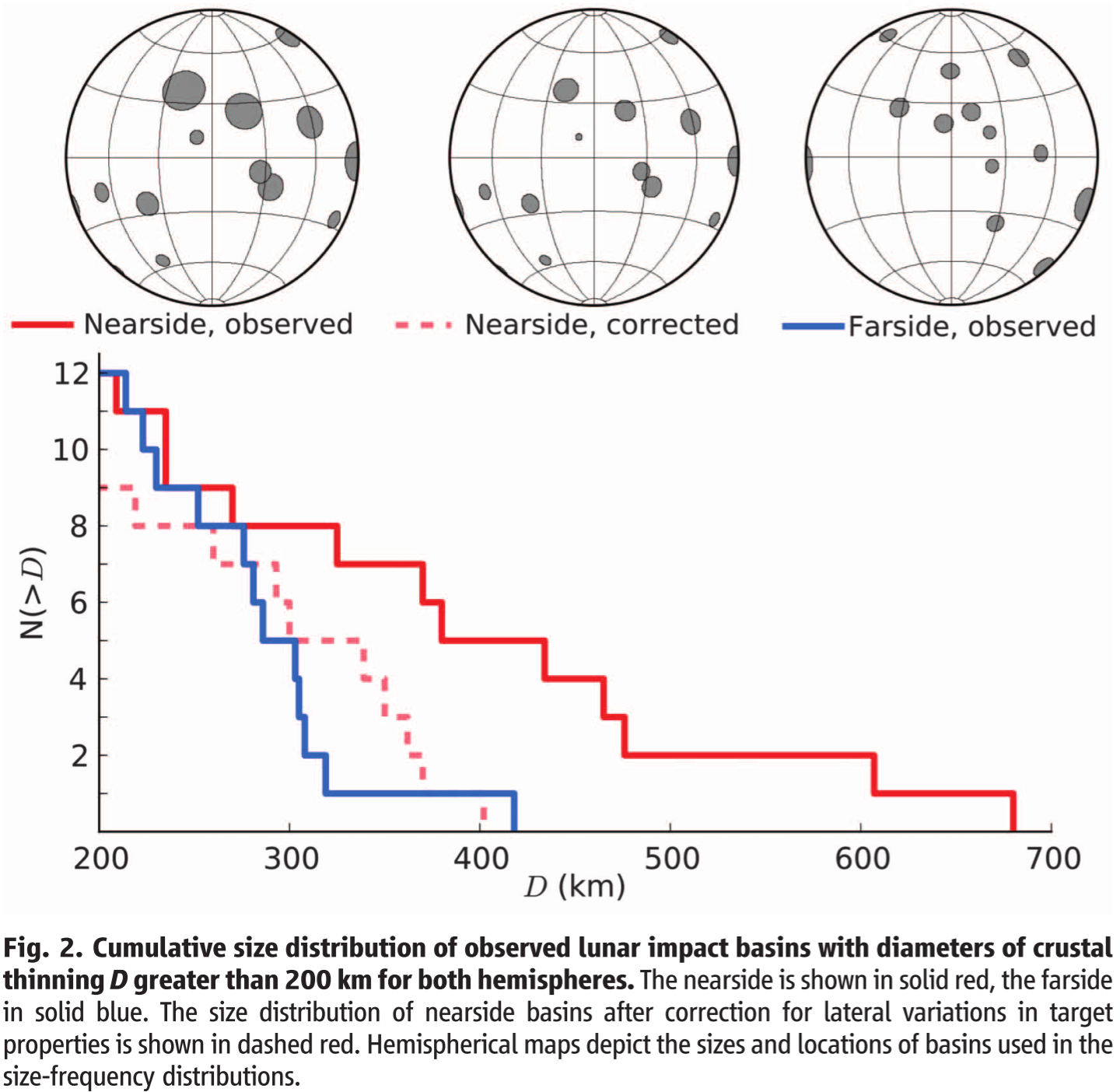