Thermo-chemical evolution and contraction of Mercury

The very limited amount of global contraction observed on Mercury’s surface poses severe constraints on models of the planet’s thermo-chemical evolution and current models rely on a very refractory, Thorium rich composition to slow planetary cooling. However, a refractory composition appears to be incompatible with evidence for pyroclastic eruptions, which require a substantial amount of volatiles to be present in the planetary interior.

Furthermore, volcanic activity appears to have been ongoing for a considerable part of the planet’s history, while current models predict an early cessation of crustal production. To address these inconsistencies we have reinvestigated the thermo-chemical evolution of Mercury using a non-refractory compositional model, taking the presence of a thermally insulating regolith layer into account.

We find that models with a stiff mantle rheology satisfy the observational constraints if the regolith layer is at least 2 km thick. In these models, inefficient mantle convection and thermal insulation significantly slow planetary cooling and prolong the phase of crustal production to 2.5 Gyr after core formation, allowing the volume increase associated with mantle differentiation to offset some of the radial contraction caused by planetary cooling. 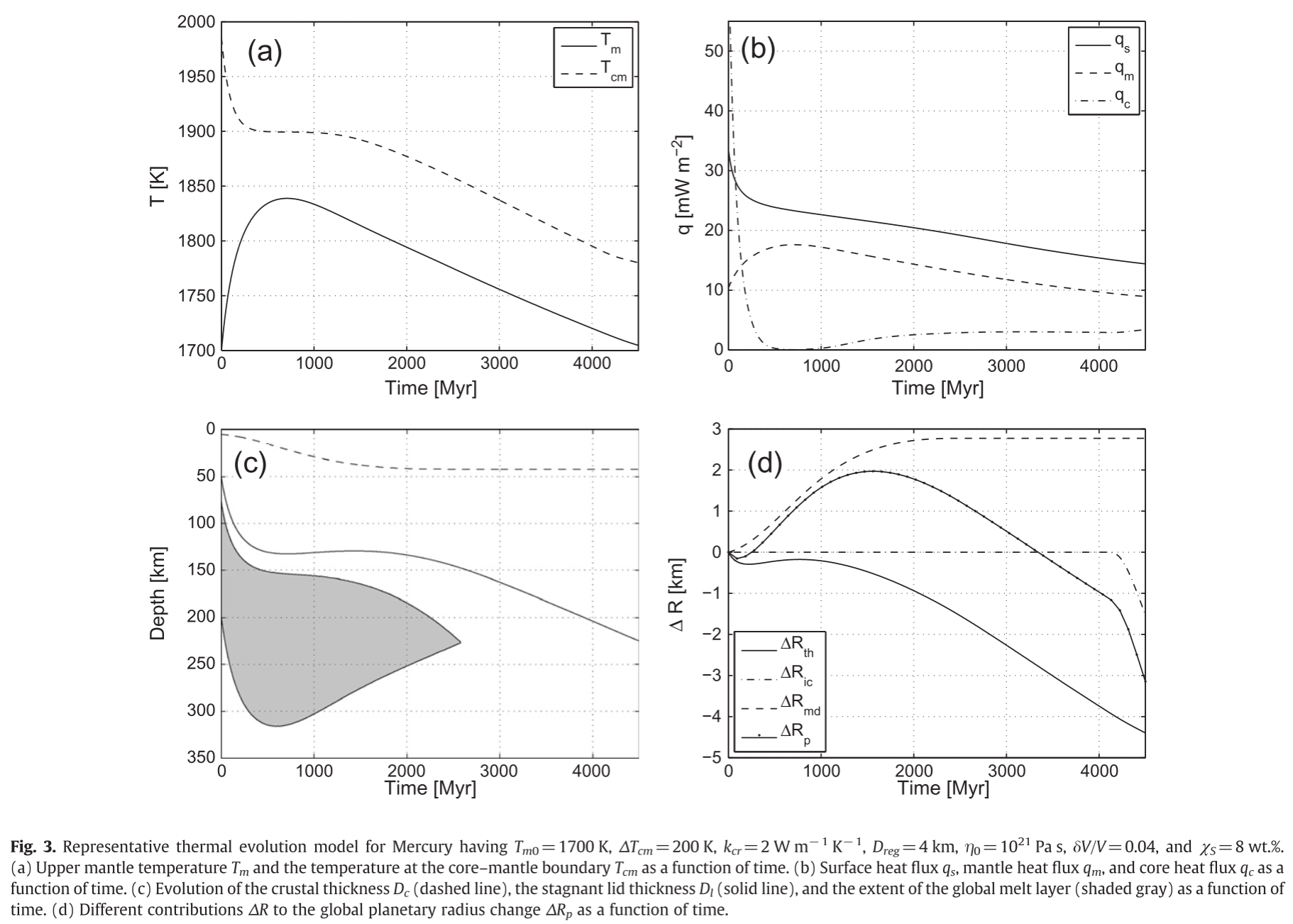