The lunar magnetic field is both too strong and too long. Its estimated amplitude 4 Ga ago is similar to that of the Earth at the present day, which is hard to conciliate with the fact that its core is about 10 times smaller than that of the Earth. The duration of its activity also seem to be longer than what could easily be explained by a thermal dynamo running from the primordial heat of accretion.

In recent years many studies have tackled the issue, including mechanically driven dynamos which could be triggered by impact or orbital evolution and chemically driven dynamos. We have studied the strength of the dynamo generated by chemical buoyancy due to crystallization of the inner core. We found that it could explain a very long lasting magnetic field at the lunar surface. However, other studies have since shown that with a full treatment of the growth rate, the long lasting magnetic field is no longer produced.

There is thus much work still to be done to understand both these aspect of the lunar magnetic history. The most promising being probably the mechanically driven dynamo due to the evolution of the orbital parameters. 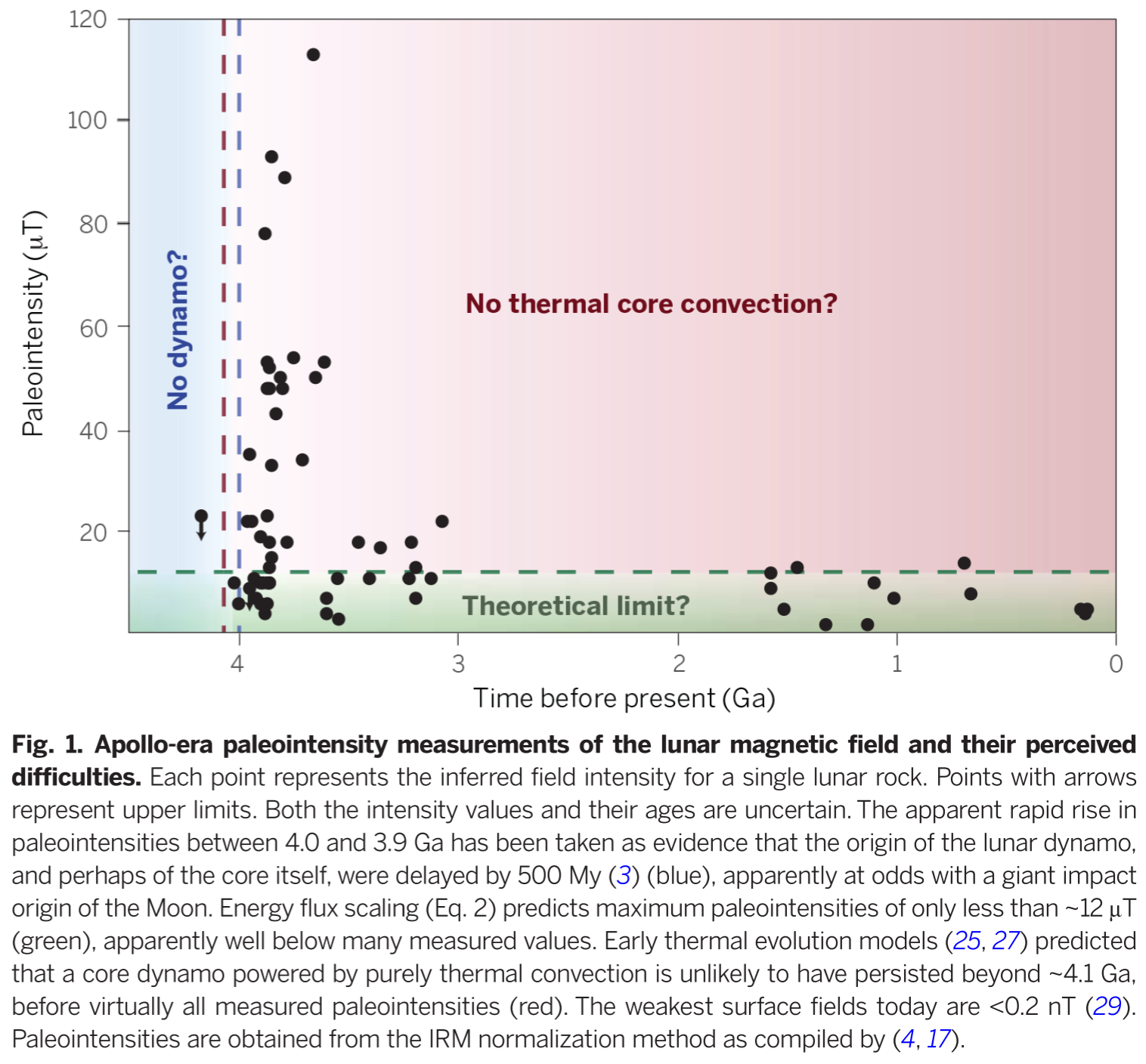