I will present the latest developments of this project in the “Earth Mantle and Core: Structure, Composition, Evolution”, which will be held from Nov 4-7 in Matsuyama, Ehime.

Earth’s magnetic field is thought to be sustained by dynamo action in a convecting metallic outer core since at least 3.45 Ga [1]. Convection induces an isentropic temperature gradient that drains 13±3 TW of heat from the core by thermal conduction [2-4], and suggests that Earth’s core has cooled by ∼1,000 K or more since Earth’s formation [4,5]. However, models of Earth’s initial thermal evolution following a giant-impact predict rapid cooling to the mantle melting temperature (e.g., [6]).

In order to understand how the core could have retained enough heat to explain the age of the geodynamo, we relax a key assumption of the basal magma ocean model of [7] to allow for the possibility that the magma is stably stratified. Recent giant impact simulations suggest extensive core-mantle mixing [8], which could have produced such a large stratified magma layer at the core-mantle boundary. Turbulent metal-silicate mixing in a magma ocean could also lead to a stable strafication [9].

In the presence of a stable density gradient, heat transfer through the basal magma ocean occurs through conduction and therefore delays heat loss from the core. Partitioning of iron in the liquid phase upon crystallization changes the density profile and triggers convection in the upper part of the basal magma ocean. Our hypothesis suggests that early core cooling is dominated by the timescale on which the stratification is eroded, and a more efficient core cooling (i.e, the amount of heat extracted from the core is closer to what is actually recquired to drive the geodynamo). 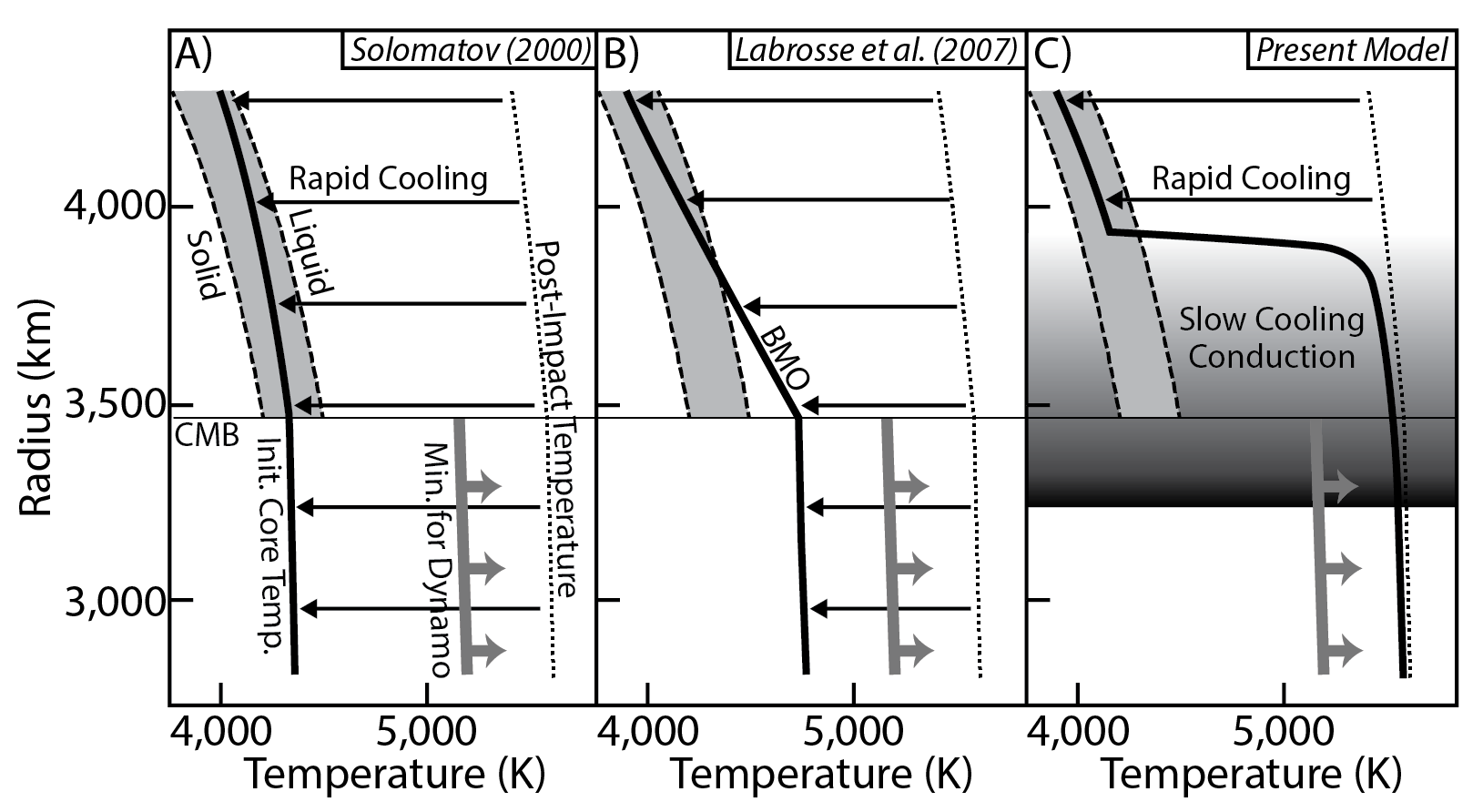