The hierarchical organization of biological systems appears to derive from transitions in the units of individuality that represent singular points in the evolutionary process. Fundamental to these are competing selective forces operating at diㄦent levels of organization. During such transitions, the structure of and thus manner in which information is encoded in chemical or biological systems undergoes what is analogous to the phase transitions of statistical physics. The evolution of multicellularity is one of the most striking examples of such a transition in biology.

We study a simple stochastic model where isolated communities of interacting unicellular organisms undergo a transition to multicellularity. This transition is indicated by the marked decrease in the number of cells utilized to generate new communities from pre-existing ones. In this sense, the community begins to reproduce as a whole via a decreasing number of cells. While this transition is feasible in its absence, the presence of horizontal gene transfer drastically reduces the fitness barrier to the occurrence of such a transition.

Together, these features capture from a statistical and mechanistic perspective two of the most prominent aspects of the transition to multicellularity: the evolution of a developmental process and reproduction through a unicellular bottleneck. 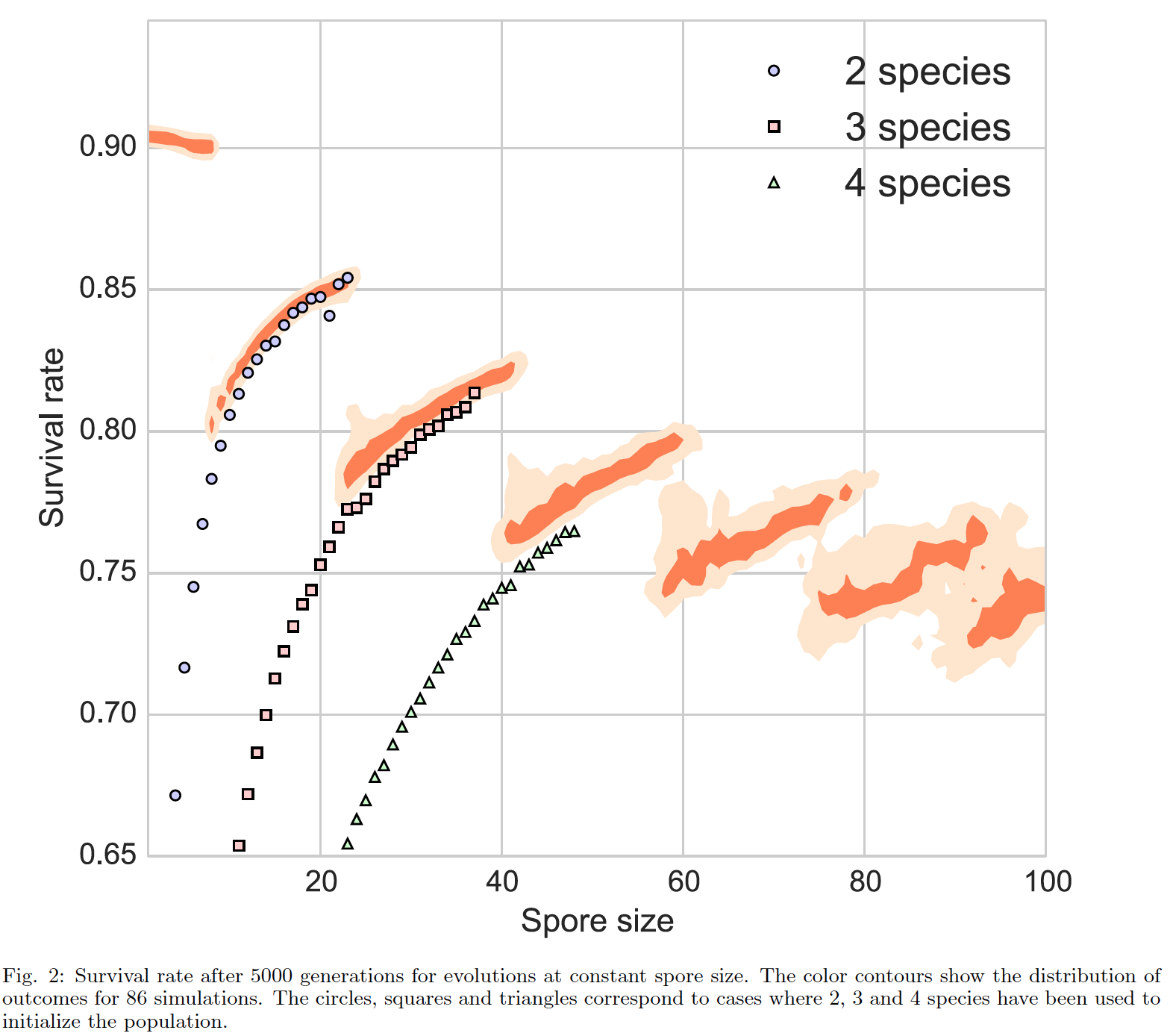